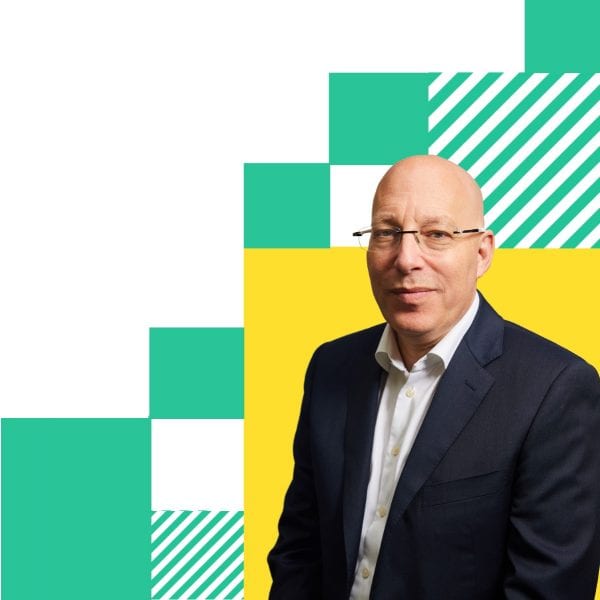 Bernard Ross is the CEO and founder of Sky Medical Technology,

a healthcare company which has developed and commercialised the bio-electric nerve stimulation technology, Geko.

The award-winning technology uses the body’s own internal compression system – made up of specific nerves and muscles – to provide a significant increase in blood circulation and can be used on-demand in the hospital or at home.

The business was founded in 2008 at Sci-Tech Daresbury’s Innovation Centre. “The idea for the device came out of the heads of two bright guys Professor Arthur Tucker and Dr Duncan Bain,” says Ross. “One knew all about blood flow and the other nerve stimulation. I formed the company and paid for three years’ worth of applied research inside the NHS at a range of lo-cations to develop the technology to a CE mark medical product.”

Ross was working all over the world in a pharmaceutical role at the time and wanted to set up his new business closer to home in Liverpool.

“John Leake and Paul Treloar at Daresbury gave me a huge amount of help and support. The set-up there gave me access to a lot of the early stage resources that a business needs – I was able to plug into a pre-existing network and framework of legal support, patents and IP support, as well as academics for research. I could also access a lot of practical things such as patients.”

A base at Daresbury meant that not only could the company access the professional support it needed to grow, but was surrounded by manufacturing expertise – companies with years of experience in plastics and supply chain management. And, crucially, a wealth of access to early-stage funding.

“Deepbridge Capital provided us with great early stage investment and other finance providers in Liverpool City Region and Cheshire have proved a great help in the region with EIS [Enter-prise Investment Scheme] and SEIS [Seed Enterprise Investment Scheme] funding,” says Ross. “We’ve raised a total of £20 million in EIS funding to date. It’s really helped the business to develop. Accessing finance is probably easier now in this region than it has ever been be-fore.”

Ross is also a great believer in the value of the region’s flat business – and social – hierarchy and the wealth of ideas it prompts. There’s something empowering about having a Liverpool-based business, he says. “There’s less of the self-consciousness you see in other UK cities. It’s a feeling of, ‘you’re no different than me. If you can do that, I can do that too.’ People are happy to share ideas and make suggestions.

“Awareness of Liverpool City Region overseas is really strong,” he says. “I travel a lot, so it’s a huge advantage for us. Particularly in the US, there are basically two cities that people have heard of in England – Liverpool and London. It’s viewed really positively.”

The City Region must take advantage of that, he says. “We have so much potential here to attract businesses – we have the right kind of branding. Our inward investment potential is su-perb.”